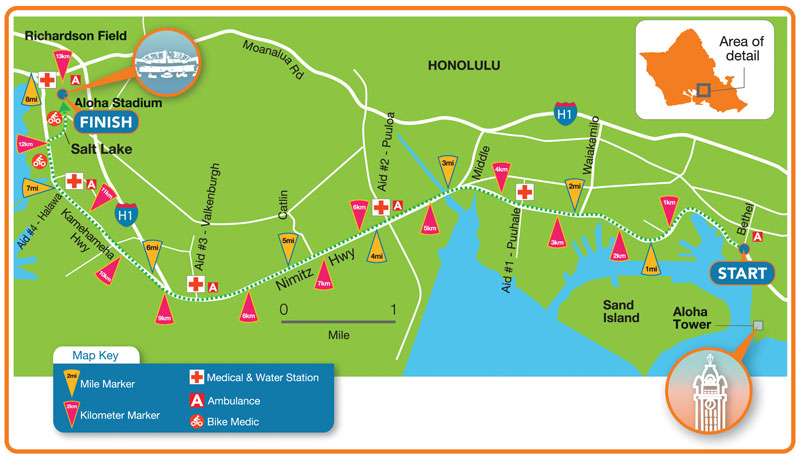 The Great Aloha Run is the second largest road race in Hawaii, after the Honolulu Marathon. It has also been recognized nationally as one of the top “100 Great Road Races” by Runner’s World Magazine. The 36th annual Great Aloha Run will take place on February 17, 2020.

The 8.15 miles (13.12 km) course starts in downtown Honolulu on Nimitz Highway across from Aloha Tower, and runs west on Nimitz Highway along Honolulu Harbor, under the Interstate H-1 viaduct near Honolulu International Airport, and along Kamehameha Highway, finishing on the floor of Aloha Stadium.

About 25,000 runners, mostly Hawaii residents, run the race each year. This number also includes as many as 5,000 members of the United States Armed Forces who run in formation as the “Sounds of Freedom” division.

For more information about things to do in and around Honolulu and Oahu activities, visit us at HawaiiDiscount.com or call 1-866-482-9775.